Many years ago I spent some time selling a product that is no longer on the market.  Put together by a company called Sacred Power, it was a small PV solar panel connected to an air pump which was designed to provide aeration in small ponds as well as de-icing for stock tanks where there is no power available to run traditional air pumps.

Although I have not actively sold these units for over 12 years, my phone number is apparently still connected to the concept on the internet and I get dozens of calls each winter, so here is some basic information about how it functions, in case you would like to get inventive.

Each morning as the sun rises the PV module sends power to the aerator pump mounted on the back of the panel.  This started up the pump which delivered air through a long, thin air hose to a unit settled on the bottom of the tank about a foot from the edge. The air is bubbled up from the bottom of the tank or pond throughout the day until the sun sets in the evening. 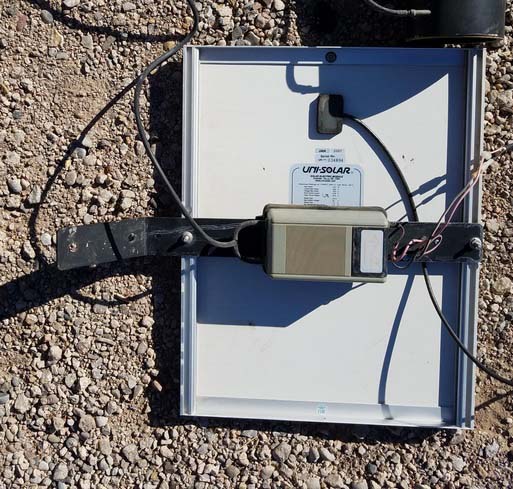 De-icing occurs during the winter months once the stock tank or pond freezes over. The frozen ice on the surface acts as an insulator to the water below the surface. During the daytime, unit would combine two elements to break through the ice.  The air itself pushed the ice up breaking it around the edges first, and the large bubbles released by the unit would bubble up the warmer water from the bottom of the tank melting a hole in the ice large enough for livestock or wildlife to drink from, thus eliminating the need for continual ice-breaking in the winter months.

Although no longer in production, most farmers and ranchers have the necessary skills to assemble one like it from available parts.  What you are looking for is: 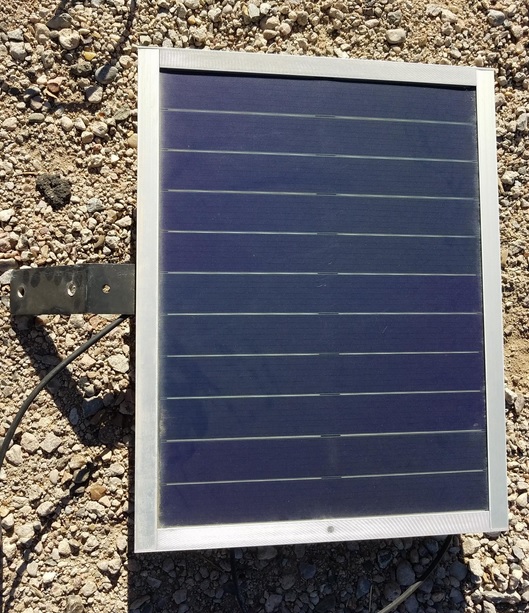 There are a number of this type of system currently on the market capable of handling large tanks.  Most irrigation supply stores carry solar panels hooked to DC pumps that blow air through pipes into a trough.  The most challenging part of this is finding or rigging a unit that stays solidly on the bottom of a tank and releases larger bubbles – don’t use the “air stones” that create small bubbles popular in aquariums.   You want the water to MOVE. Many online companies sell solar pond or stock tank aeration units which have the necessary components.

It is also wise to locate the solar panel assembly high on the post and fasten the excess air hose to the post to lessen the chance of livestock tampering with the unit.

When actively selling, I got repeat calls from Maine to Idaho so I know it works. If you are tired of trudging out to the paddocks and fields, you might try your hand at assembling this time saver or converting a product already on the market to your needs.