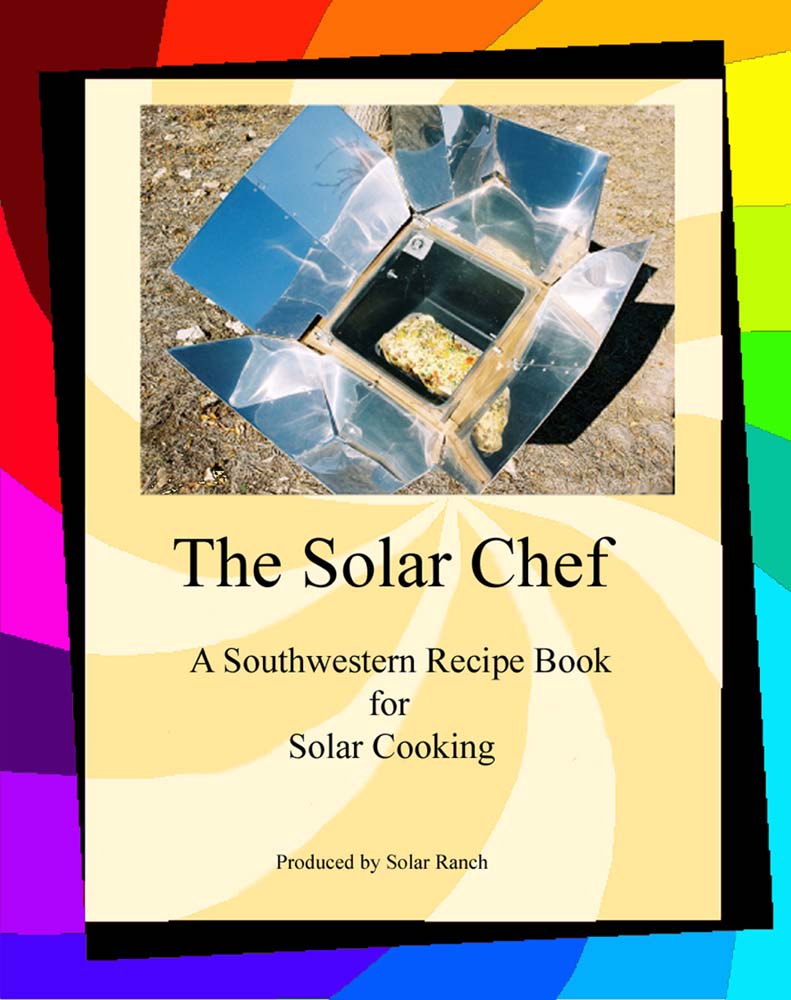 The nation’s most popular solar cooking manual – a very different kind of cookbook!

There are hundreds of cookbooks in the world, which require grills, stoves, microwaves, or campfires.  Solar Ranch presents a cookbook full of recipes that use a different source of  heat – the sun.

“The Solar Chef” is a southwestern recipe book full of recipes and instructions for cooking delicious meals using only sunlight and a solar box cooker.  The author, Rose Marie Kern, a longtime member of the New Mexico Solar Energy Association, has collected recipes from Texas to Arizona.  Kern’s book won honorable mention in the National DIY book competition and was featured in the Journal of Sustainability.

“Using a solar cooker brings a bright new element to food preparation,” says Rose.  “Unlike conventional ovens, the cookers retain moisture – so roasts and casseroles do not dry out.  They can be used to bake, roast, or slow-cook.”  Proponents of solar cooking say that foods cooked in sunlight have a fuller flavor than most cooked conventionally.     Mistress Rose’s book is written in a casual style, as though she is speaking to a friend. She shows a new way of blending culinary art with sustainable living attitudes.  The book contains more than 90 recipes which extend from quiche to dessert, including:

Book is available on Amazon, or click on the button below to pay with either paypal or a credit card.